Today the Niagara reached her first stop, Put-in-Bay, Ohio (which is affectionately referred to as the “Key West of the Midwest” by the crew).  She sailed in with the pomp and circumstance that the Chief Mate demanded, complete with everyone’s favorite command, “Fire at will,” and a resounding roar of igniting gun powder.  It was a perfect day, with nothing but blue skies and fluffy clouds (and the promise of a bath house for some much needed showers.)

Once docked the trainees off loaded into the town, going to explore the visitor center at Perry’s Victory and International Peace Memorial (a testament to the peace between Canada and the US), and wander around the town, discovering a fellow tall ship, the Madeline, and the best ice cream parlor in Ohio tucked back behind the candy store.

Is there anything better than new friends, ice cream, and tall ships?

Yes.  Yes, there is.  Hot dog night and softball.  The crew had an all-American fun night with a cook-out provided by Frosty’s, a local restaurant, followed by a rousing game of softball.  It’s almost amusing to watch sailors play softball (or sportsball as they called it.  Well, called any team sport, actually.  Football?  Sportsball.  Volleyball?  Sportsball.  It’s universal).  At one point the Chief Mate was off the base running around the outfield trying to not be tagged by the ball while other crew tried to wrestle him to the ground.  (See?  Sportsball!)  Most of the crew were loath to quit, especially Starboard watch.  Starboard watch had been pummeled by Port watch in Volleyball at their cook-out on Presque Isle, and did not want to suffer another defeat, but defeated they were.  Creamed, really, and I’m allowed to say that; I’m in Starboard watch.  The final score was eighteen to twelve, but five of those twelve points were gained in the last inning. 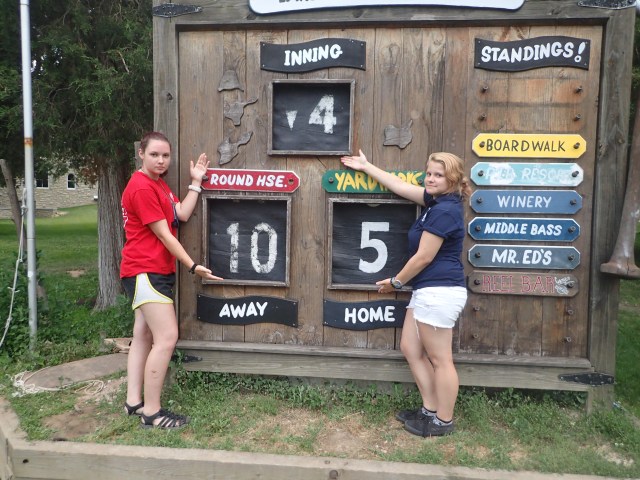 If you ever get the chance, play sportsball with sailors.  You won’t regret it.